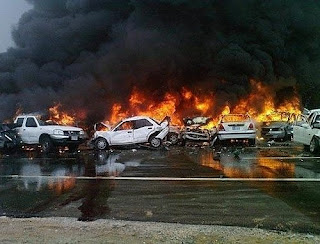 More then 200 cars were involved in massive crash on 25km stretch of Abu Dhabi-Dubai highway near Ghantoot. Terrible accident happened during the morning rush hour due to heavy fog lingering the air. At least 6 people died, and hundreds injured in biggest traffic accident ever in Abu Dhabi.

Rescue team had a hard job due to bad weather. All victim were sent to the nearest hospitals. To add more casualties to the number of victims, there were 12 loads of buses carrying about more than 300 laborers to work at the same time of the crash.

The cause of this terrible accident was due to poor visibility of the road. Everyone was speeding despite the bad weather and the 120km/h speed limit along the highway. Drivers did not leave a safe distance between cars and this resulted in everyone hitting each other after the first crash, according to an Abu Dhabi traffic police officer. 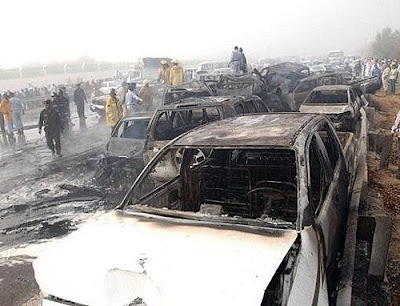 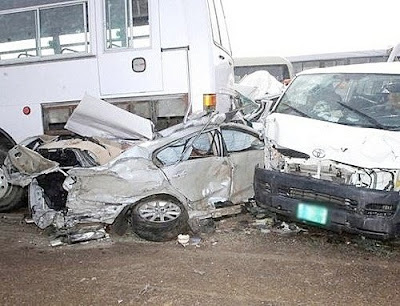