Couple injured in landslide of rocks on the road

12.03.2010. CROATIA (Europe) - Denis S., 43, and his wife Tea, 35, were injured when a landslide covered the road they were driving o in southern Croatia around 6:30pm yesterday (Thursday).
The couple was driving when the landslide occurred and a few rocks on one side of it hit their car. They were extremely lucky because if they had arrived at the scene only a second later it is hard to imagine what could have happened, considering that the slide could have crushed their car or carried them into the sea.
They were taken to hospital with slight injuries. The local road administration said recent, heavy rain had been responsible for the landslide. 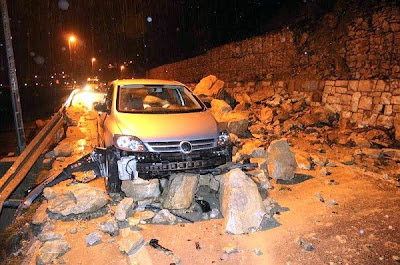 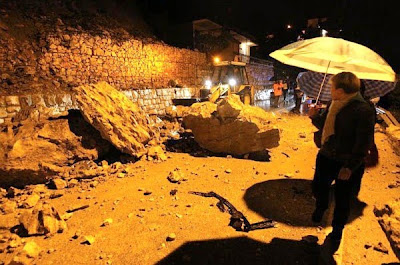 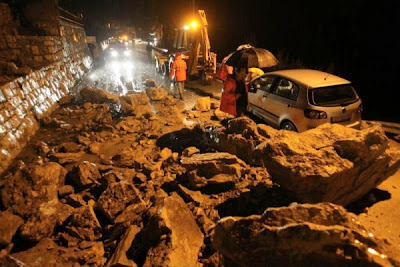