Email ThisBlogThis!Share to TwitterShare to FacebookShare to Pinterest
Tags: natural

Plane Crash in Libya Kills 103, Only One Boy Survive 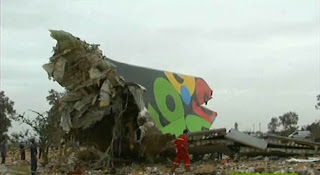 TRIPOLI (12.06.2010.) - A young child has miraculously survived a deadly plane crash in Libya, which claimed the lives of everyone else on board, Libyan officials said Wednesday.
“All of the passengers and crew died except for one child,” a Libyan security source told Reuters at Tripoli airport. “There were 93 passengers and 11 crew on board.”
Libya’s Transport Minister Mohamed Zidan said the 8-year-old child, who holds a Dutch passport, was in the hospital.
The child did not have life-threatening injuries, the minister told a news conference near the crash site.
The casualties included 22 Libyans, including passengers and crew, and the rest were of various nationalities, a Libyan official at the airport said.
The Airbus A330-200 belonging to Afriqiyah Airways was arriving from Johannesburg, South Africa and was coming in to land when it crashed at around 6 a.m.
According to initial reports, the plane crashed as it neared the threshold of Tripoli International’s main east-west runway, while preparing to touch down from the east.
In Johannesburg, Afriqiyah’s office said it was still trying to provide a breakdown of the nationality of passengers.
Details are scarce right now. We don’t know if the child was a boy or girl, if they were travelling with their parents or other family members. It’s miraculous the child survived, but how can he or she not be traumatized for life after suffering such an experience? We’re hoping somehow he or she will be able to fully recover and that there are surviving family members who will be able to help them overcome. 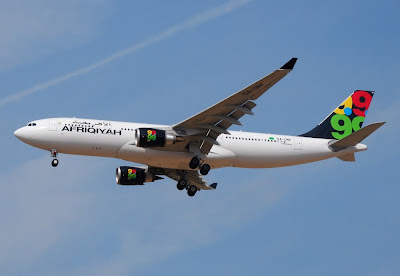 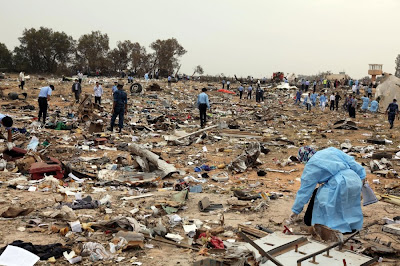 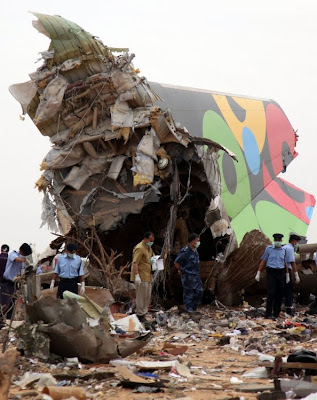 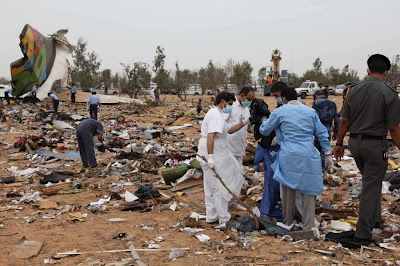 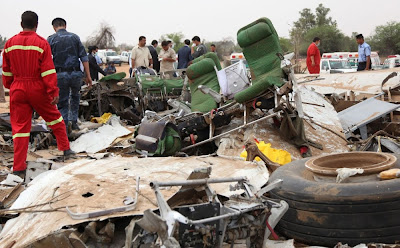 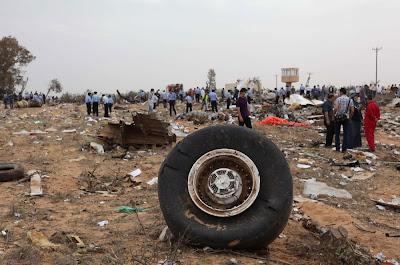 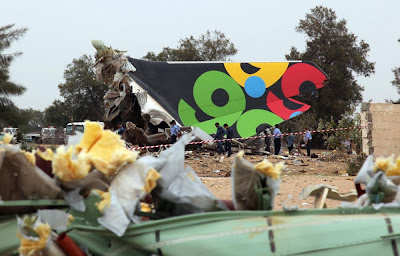 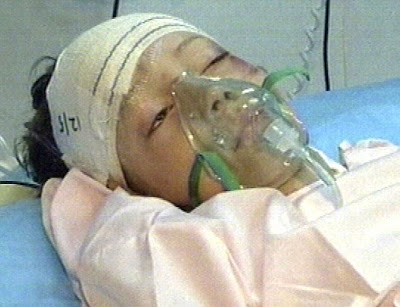 Miracle survivor: The unnamed Dutch boy who was flung to safety by the explosion as the flight disintegrated in Tripoli

This 3min long video show us some really crazy accidents. Some people had lots of luck!