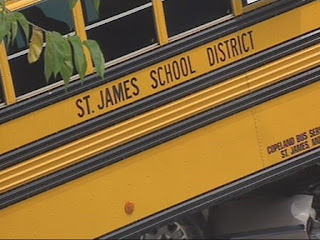 According to the Franklin County Sheriff's Department, two people have been killed in a major accident on eastbound I-44.

The Missouri Highway Patrol says that this was a chain-reaction crash. It all started when a Volvo tractor cab with no trailer came to a stop in the right lane. Traffic was approaching a construction zone which is likely why the truck driver stopped. A GMC pick up truck then crashed into the tractor cab. The driver of the first school bus tried to change lanes and didn't see the stopped cars in front and hit the other two cars. The second bus smashed into the back of the first bus.

A female student in the first bus was killed in the crash. Missouri Highway Patrol said she was sitting in the back right of the bus. They believe the front left of the second bus slamming into the first bus caused her death. A male driver of the GMC pick up truck was also killed at the scene. No names have been released yet.

Authorities tell News 4 that there were at least 50 victims. Of the victims, 35 children were taken to Cardinal Glennon Hospital with no serious injuries but as a precaution.

Six children were taken to St. John's Mercy Medical Center in Creve Coeur. One victim was transferred to Children's Hospital to see a specialist, the rest were released to their parents.

Two children were taken to Missouri Baptist Medical Center. One patient is a 16-year-old male who is in stable condition. The other was a 13-year-old female who was discharged.

Only one eastbound lane on I-44 is open between Route O/US 50 West and Route 100 West/Washington.

According to MoDOT, drivers can get around the crash site by taking Route 50 to Highway 100 and then back to I-44 or they can Route O to I-44. 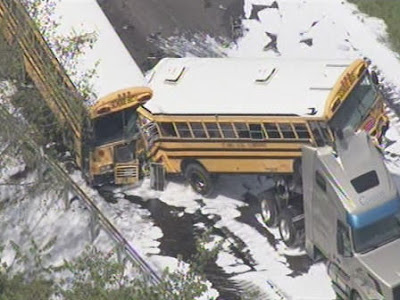 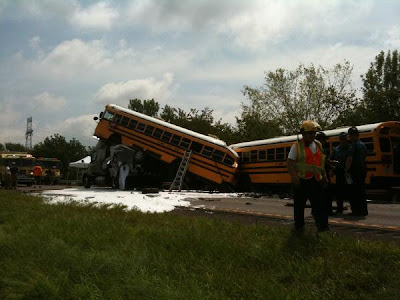 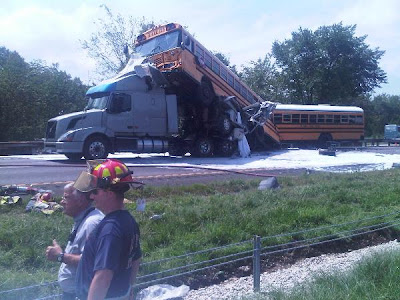 If you have been involved in a road traffic accident and you need more information on compensation claims, contact Irwin Mitchell solicitors.