Woman Falls on Knife and Survives 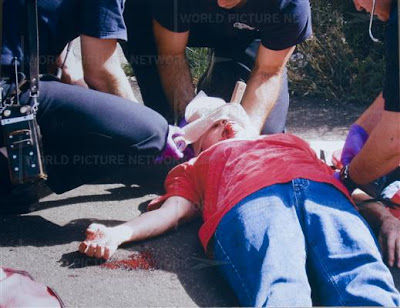 Mary was gardening on Tuesday, August 16, 2005 and tripped and accidentally got a 9 inch kitchen knife stuck in her eye, in Battle Ground, Washington. She had 108 x-rays over an 18 hour period and was then operated on. After returning home Mary had to relearn how to spell and drive. Picture taken by neighbor. 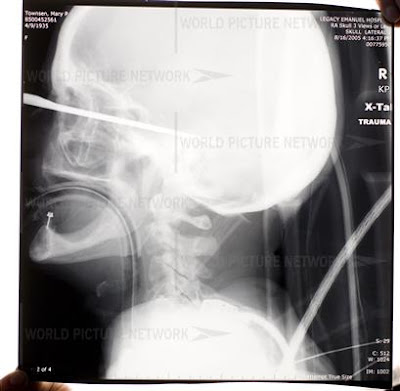 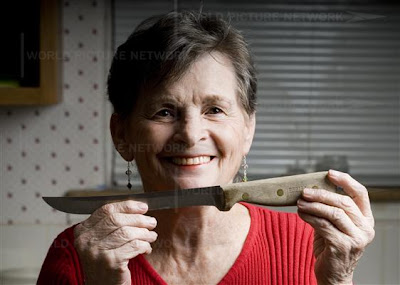 On Tuesday, March 4, 2008 Mary Townsen, 72, poses at her home with a kitchen knife from the same set as her accident, this knife is one inch longer, in Battle Ground, WA.