One construction worker was killed and 14 others injured by falling steel and rubble when part of a stadium's roof in the city of Enschede collapsed during renovation work on Thursday. 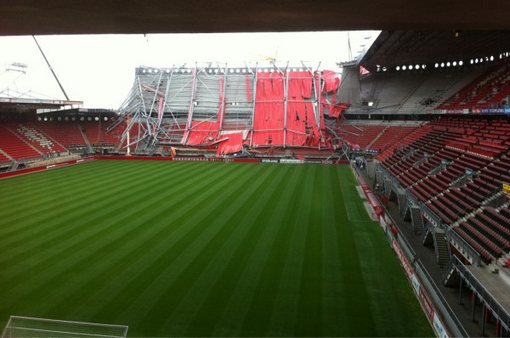 "A large part of the roof has collapsed. A substantial number of people got trapped and there is one dead victim as far as we know," Enschede mayor Peter den Oudsten told reporters.

The incident was probably related to construction work at the stadium, police said, adding that workers were the only people in the stadium at the time. 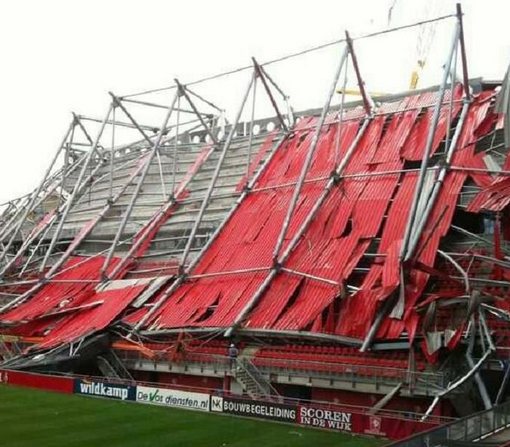 Among the injured, two were serious, Den Oudsten said. Ten people were hospitalised and authorities were checking if any people were still trapped. 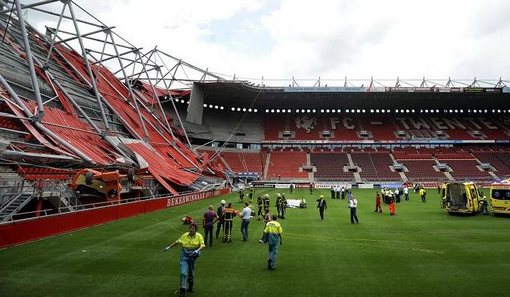 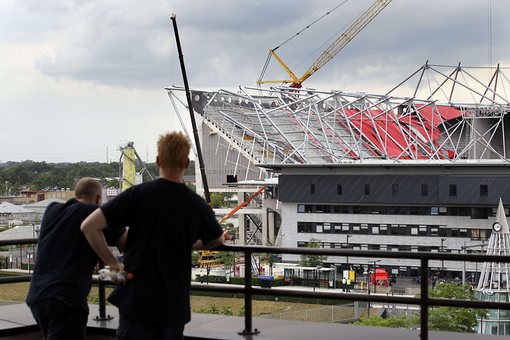 Enschede is located in the east of the Netherlands close to the German border and photos on Dutch media showed several ambulances and a fire truck at the scene. There were reports that a trauma helicopter was also deployed.

Football club FC Twente, the Dutch top division's runners-up last season and champions in 2009-10, play at the stadium where work to expand seating to 30,000 is scheduled for completion by August 1 in time for the start of the new season.