A DRIVER who crashed off a clifftop road was dragged to safety yesterday - after 20 HOURS teetering above a 300ft drop. 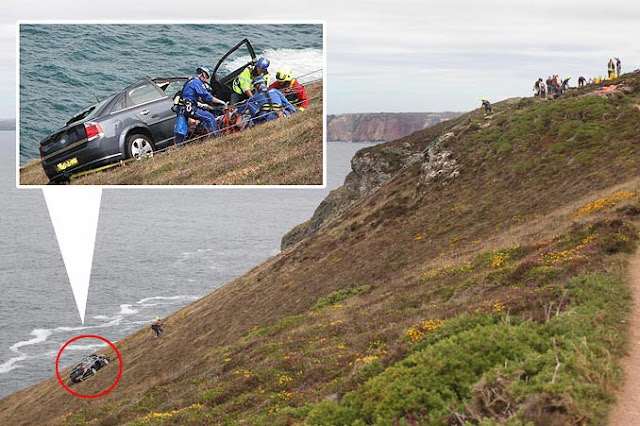 Lyn, who suffered leg injuries in the crash, spent the night staring death in the face.

But at 9.30am yesterday, her grey car was spotted by holidaying jogger Ben Stafford, 25. He slithered down to find her bloodied but conscious, then raised the alarm by shouting to a man walking on the clifftop at St Agnes Head near Newquay, Cornwall.

They secured the car in position with a winch line before finally releasing Lyn at noon. She was stretchered up the cliff and flown to hospital in Truro, where she was treated for shock, exhaustion and gashes to her legs and torso.

Ben said: "It is only by the grace of God that her car stopped by the cliff edge."